Head lice are back in Korean schools after being thought a relic of the unhygienic struggle of the 1960 and 70s.

Counterintuitively, they are more rampant in the upscale districts of Gangnam and Mok-dong, which are home to a lot of crammers, as many children fall asleep without properly drying their hair and spending more time together with their peers there than in their proper schools.

One 38-year-old housewife was shocked when she received a newsletter from her daughter's elementary school recently saying head lice were found several children in the school. "I thought head lice were a thing of the past when the country was poor, so that was a surprise," she said. 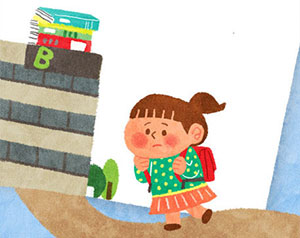 The parasites, which feed on blood from the human scalp, used to be widespread in places with poor hygiene.

But according to a survey by the Korea Association of Health Promotion, the national average of head lice infestation among elementary schoolchildren was 2.8 percent in 2016, but the figure shot up to nine percent in Gangnam.

A pharmacist in Ilwon-dong, Gangnam, said, "We've seen a steady stream of parents who come to buy medication for treating head lice and combs in the past few years."

The fact that children are spending more and more time together in crammers is a contributing factor. "They often play together closely, and even younger kids spend a long time in crammers these days, so they end up spreading the lice," said a teacher in Mok-dong, Seoul.

Seo Seong-jun, a dermatologist at Chungang University, said, "With an increase in the number of households where both parents work, it has become harder for parents to take extra care with their children's hygiene. Children are pressured to study hard from an early age, so they don't have enough time to dry their hair properly before going to bed, which creates a good environment for head lice breed."

© This is copyrighted material owned by Digital Chosun Inc. No part of it may be reproduced or transmitted in any form or by any means without prior written permission.